Anybody who looked at the forecast prior to the first Sunday Fall Series of 2019 wouldn’t have been blamed for staying home.  Sailflow *literally* showed 0-2 kts max. But, an intrepid group showed up at the marina anyway and PRO Mike Darrah and his crew were ready to go.  There was, in fact, a nice northerly blowing as we held the skipper’s meeting, so we all launched and headed up the river.  The day turned out to be quite nice as we ended up getting 3 races in a light but mostly steady north/northeast breeze.  Just goes to show that it always pays to show up and be ready!

On board Beedobeat I was lucky enough to have my rock-star crew: Lisbet up front and Piercarlo in the middle.  I was also as giddy as a kid in a toy store as we had a nice day to take a look at the new main and new spinnaker.  In addition to our boat we had Jim & Lisa-Marie, Frank, Lindsay, and Will out on their Lightnings.  The RC wasted no time given that we had wind and sent us off on a nice O2 course.  Piercarlo and Lisbet are amazing crew and they got right to work looking for pressure and shifts.  We played the tips from Barney’s local knowledge session for these conditions and stuck to the left on the first beat.  It paid off, as we came out well ahead of boats who went right and had a nice lead around the top mark. I have to think that the new sails played a role as well, though, as I really concentrated on looking at the new main and keeping flow over it (finding it pretty easy to over-trim if you weren’t paying close attention).  Our new “supermax” spinnaker looked pretty nice going downwind, and we were able to not only hold our lead but also stay ahead of the Bucs and pass the I-20s for a win and overall line honors.

The wind moved a bit east for the 2nd and 3rd races and the tide/current was mostly slack so we started paying much more attention to finding pressure — connecting the dots between different bands of breeze — than to a side of the course.  In the light breeze finding a bit of pressure here and there was much more important than trying to stick to a favored side.  We also paid a *lot* of attention to boat balance and roll tacking, using gravity to help fill the sails and using our weight to squirt us out of tacks.   Downwind Lisbet and Piercarlo were flawless on sets, jibes, and douses–and that makes things very easy for a skipper.  Two more races and two more wins plus overall line honors in each!  It was a great way for us to start the fall, but it was also not an accident.  Lots of concentration and attention to detail by Lisbet and Piercarlo were critical, and it was a tricky day–one on which it was easy to lose focus or get frustrated.

Overall it was fantastic to see good friends and to have some great racing.  Lisa-Marie also sent in these observations from team As You Wish: “…we showed up not intending on sailing with almost nothing (without: crew, we told her to sleep in, food, enough water, sun glasses, life jackets, gloves, shoes, compass or sails!) But we have such an amazing fleet that will pretty much do whatever they can to help get another boat on the water!  And supplied any “necessary” missing items!  For not expecting to sail, we had a great day of racing! We were also excited to have new comer to PRSA Kaitlin Lucey for the first time on a Lightning who was a natural!”  If I recall correctly, team As You Wish also beat Frank in two races…using old sails borrowed from Frank! 🙂  All in all, a fantastic day on the water!

We had a good turnout for the 2018 PRSA President’s Cup Regatta, fantastic racing weather all weekend, and a packed spectator boat on Sunday.  What a great regatta!  Congratulations to Aaron, Andrew, Piercarlo, and Tom for taking the win on Beedobeat.  John Van Voorhis, Rachel, David gave them a run for their money though!  Many thanks to PRO Jim Graham (upper course) and PRO Will Phillppe (lower course) and their RC crews for all of the work that they did to get us lots of racing.  Results are posted here.  Stay tuned for links to photos and more! 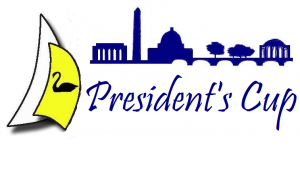 The 2018 PRSA President’s Cup Regatta will be held September 15 & 16 at Washington Sailing Marina, continuing the long tradition of competitive one-design racing started by the President’s Cup in 1934.  The regatta will be sailed on the Potomac River on two courses.  Visit the regatta website to view the NOR and register for the 2018 President’s Cup!  Registration fees increase after September 10, so make sure to register and pay online before September 10 to benefit from the early registration discount.  We will once again offer a spectator cruise aboard the historic schooner American Spirit (this year’s cruise will be held on Sunday, Sept. 16) so be sure to tell your friends and family!

Thanks to our regatta sponsor, Annapolis Performance Sailing, and to DC Sail for the partnership that allows us to offer a spectator cruise aboard the American Spirit! 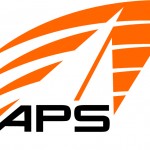 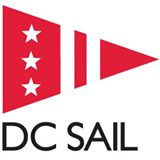 The results are in!  Head over to the PRSA Results Page to view the final standings for the 2018 PRSA Spring Series.

Congratulations to Craig Cobbum and his crew for winning, as well as all competitors who participated in the combined 34th Annual Doc Gilbert Potomac Cup & 2018 Dixie Districts! Bruce Bingman and his RC crew were able to get off two races – very noteworthy given the very light and shifty conditions.  The turnout from both visiting boats and Fleet 50 sailors was fantastic!

We had a great turnout for last weekend’s cleanup day at Leesylvania State Park!  Our group of volunteers put a new coat of paint on the park visitors center.  Thanks to all who made the time for this very important event to support the park in exchange for our use of the park and pavilion for the Doc Gilbert Potomac Cup.  Take a look at a few photos posted on our Fleet 50 facebook page!

The NOR for the 2018 Dixie District Championship Regatta (June 16-17) & 34th Annual Doc Gilbert Potomac Cup Regatta has been posted.  Visit the regatta website to view the details and register!

We had a good turnout for the PRSA Rookie Regatta this past Sunday, with 6 I-20s, 6 Lightnings, 3 Albacores, and 2 Buccaneers coming out for the fun.  Several boats had a true rookie on board, and those that didn’t had crews driving and drivers crewing.  Congrats to David Keto (15117) and Tom Hutton (15142) on tying for first place in the Lightning fleet.  Joe and Marco on 12416 also had a great showing, finishing 2nd overall.

Results are posted below.  I’ve also included a few of my observations from the course on Lightning #14592 (from the middle position while Piercarlo drove his first races in a long while!).  You should feel free to add your observations in the comments section!

The weather looked much more promising than the forecast as we arrived at the marina on Sunday.   We sailed up to the course in a nice northerly breeze…only to see it become soft and spotty as the first starts got going.  PRO Allen Griffen and his RC crew did a great job in adjusting the course but also getting us as many races as possible in a very shifty and variable N/NE/NW wind.  With short T1 courses the start was important, and we found that getting a good start and staying in the pressure (generally up the left side of the course along the airport, though this was not the case in the first race) was paramount.  Making sure to keep the boat moving forward fast, even when headed, was also important in all of the shifts and swirls.  Over the 3 races we saw conditions ranging from nearly no wind to full on hiking conditions (for a few moments at least).  Overall, though, the racing was fun and clean, and it was great to see new faces on boats and familiar people in new positions.  The sun even came out enough for us to enjoy a nice post-race BBQ and awards ceremony!

We had a great turnout this past Sunday with 9 Lightnings on the line and 3 more represented on the RC — that is 12 boats for a Spring Series race!  We were especially thrilled to welcome Mike and Angela Darrah on #15259 to the Fleet for their first PRSA races.  Watch out folks — they are fast!  It was also good to see Karl and Kevin Wagerson out on 14566 and to have Jim Dillard join us on 15311 for some of his first PRSA Sunday Series racing in a while.  I was PRO for the day (with Bob Gotthardt and Lisa-Marie Lane rounding out the RC).  All I can say is that it was a very goofy day, with “east” winds varying wildly in velocity and direction all day long.  We saw the breeze swing from 35 degrees to 115 degrees and back in just a minute or two, and there was more than one instance of a breeze directly out of the south settling over the course for a few minutes, before reverting back to an easterly.  Given the wind direction the O2 courses were short, but they were surely challenging for the sailors given the shifty and puffy conditions.  We were able to get 5 races in (!) before sending the boats back to shore to enjoy the PRSA season-opening BBQ.  Results will be posted to the PRSA website soon!

Thank you to everyone who participated in the 2017 Sailing Season and for everyone who who made the trip to Loudoun County for the AMG. It was a fantastic turnout and a great party. It was especially exciting to see so many of the new members and family at the AGM! Our fleet has some of the best members, if you have not had the change to share a beer and get to know some of our new boat owners, you definitely add that to your list this spring!

AGM Meeting Highlights
Lightning Fleet 50 had a great racing season, with a total of 61 races completed as part of the scored racing season. We had great participation in 2017. Of the 21 boats on the roster, we would usually have between 5-9 boats out racing on any given Sunday (a max of 11 boats during one Sunday!). We usually have more than 10+ participating in our 2-day regattas. For our annual Doc Gilbert Potomac Cup Regatta, we welcomed boats from around the Dixie District and even had one boat from Florida (Thanks Bill!) to sail at the beautiful Leesylvania State Park. This past year, our attendance was down by 5 boats, as we only had 16 participants compared to 21 boats in 2016. This season, we continued a regular practice of gathering around the BBQ grill after the racing to trade stories about starts, mark roundings, and other tall tales from the racing.

Most Improved Crew: [No one was nominated]

Skipper of the Year: Aaron Boesenecker

We were excited to see new boats on the water in 2017, and look forward to building on this momentum in 2018. This year we welcomed 5 new boats to our fleet:

#12416 Marcols Ilosa & Joe Ament
#14318 Jeff Witten
#14187 Geof Bishop, who bought Bobby’s old boat,
who sails with his kids Quinton & Gigi
#14532 Will Summers, Thanks to Frank Galagher the Lightning whisper
who is rescued Boonoonoonos in the Fall of 2016
#14566 Kevin Wagerson, who bought Frank’s old boat and co-skippers with his son Karl

Sadly, we will be losing a boat (not members)
#14100 Red & Suz Fehrle who are selling their boat.

“Just Launched…”
Fleet 50 is continuing the Lightning tradition of family sailors. We are so happy to welcome two of our newest members:

I am looking forward to serving as your Fleet Captain in 2018 & seeing everyone on the water for the Spring Season!